After 17 years living in London inc 2 years in Italy, Mrs Cortado and I moved to Granada in Spain in January 2014 for a new adventure. This blog is about that experience and whatever else comes up on the way. I’m enjoying learning and speaking Spanish while I’m here with even a trip to the supermarket being weirdly interesting with all the vocabulary opportunities.

For those who may be curious about the name Cortado Inglés, I like coffee, especially cortados. I’m half-inglés – the other half is Maltese – and I thought it was an amusing pun with a well-known Spanish department store. And apparently, ‘cortado’ also translates as shy in English, which has been known to happen.

From July-December 2015, Mrs Cortado and I went travelling around Spain, the USA and Cuba and although we had a fantastic time, we were very happy to return home to Andalucia.

After two and a half years in Granada, we thought it was time to move on and so in June 2016 with our lovely pointer Grace in our tiny but lovely Fiat 500, we moved to the wonderful village of Lucainena de las Torres in Almería, one of the fifteen prettiest villages in Spain. 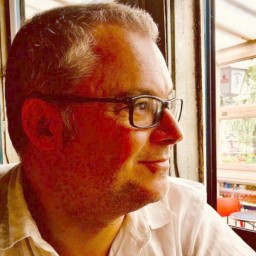 Writing about living life in Andalusia, Spain, travelling and whatever comes to mind. Usually with a coffee in hand.